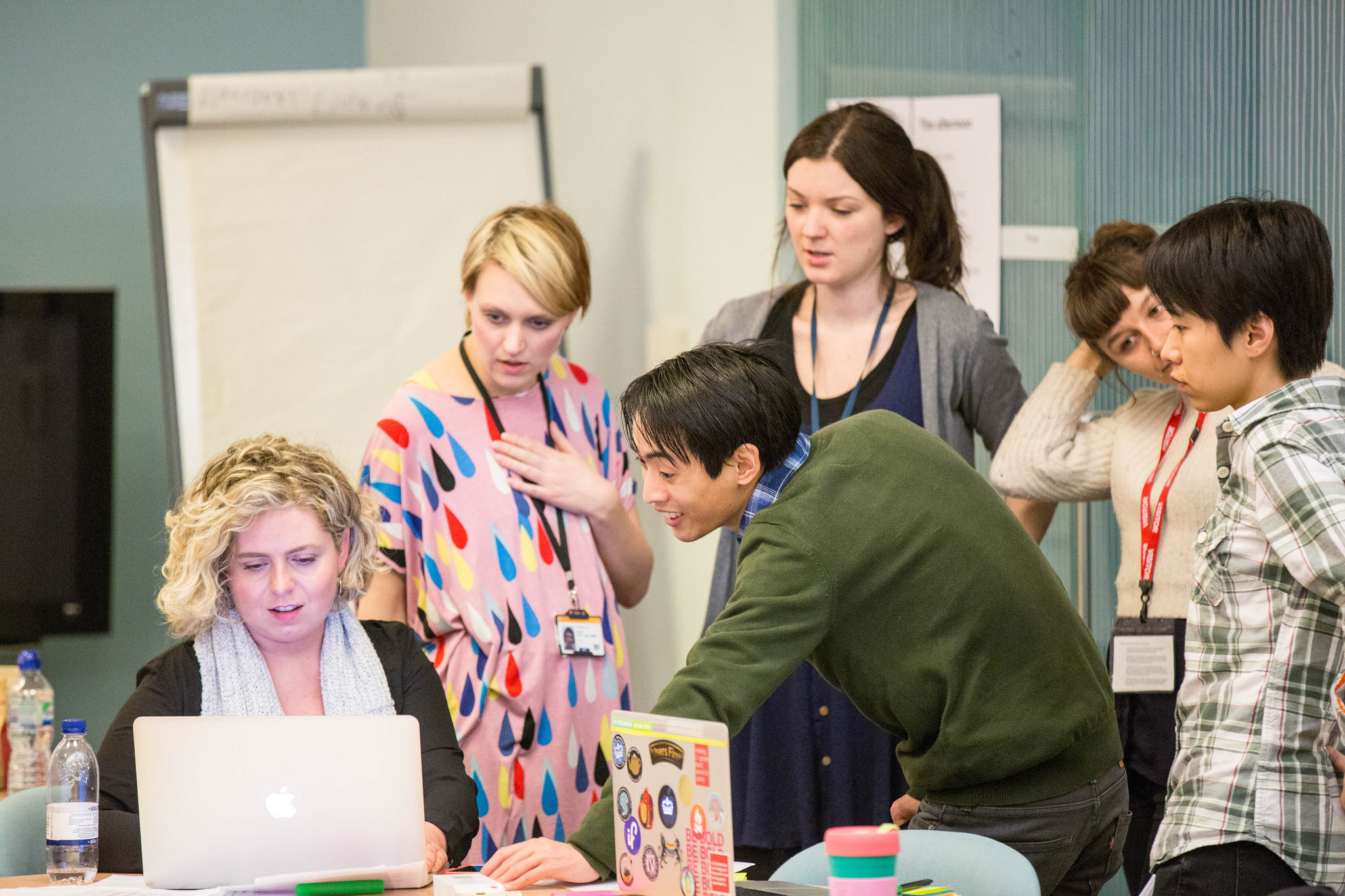 With help from designers from NHS Digital, Ministry of Justice and FutureGov we ran a day for students interested in design in the public sector.

Who came to the day

We wrote earlier this year about our plans for the day. Lots of people got in touch with us to say they were interested in coming.

The only rule on who could attend was that people coming should be in their the last year of university - it didn’t matter which course they were on.

We had to set a restriction on the number of people who came because we had limited space. But lots of designers in government didn’t study design, so we didn’t want to limit this day to just design students.

All 70 places went in 4 days. Among the people who came were students studying everything from computer science to medicine, interior architecture to service design.

We held the day at Aviation House in London, and we had people attending from Glasgow, York, Copenhagen, Berlin – and even Buenos Aires.

We wrote a blog post asking students to tell us what they wanted from the day. So the agenda was based on what they told us.

In the afternoon we split students into 5 teams to work on different briefs. Each team was led by designers already working in these service areas: 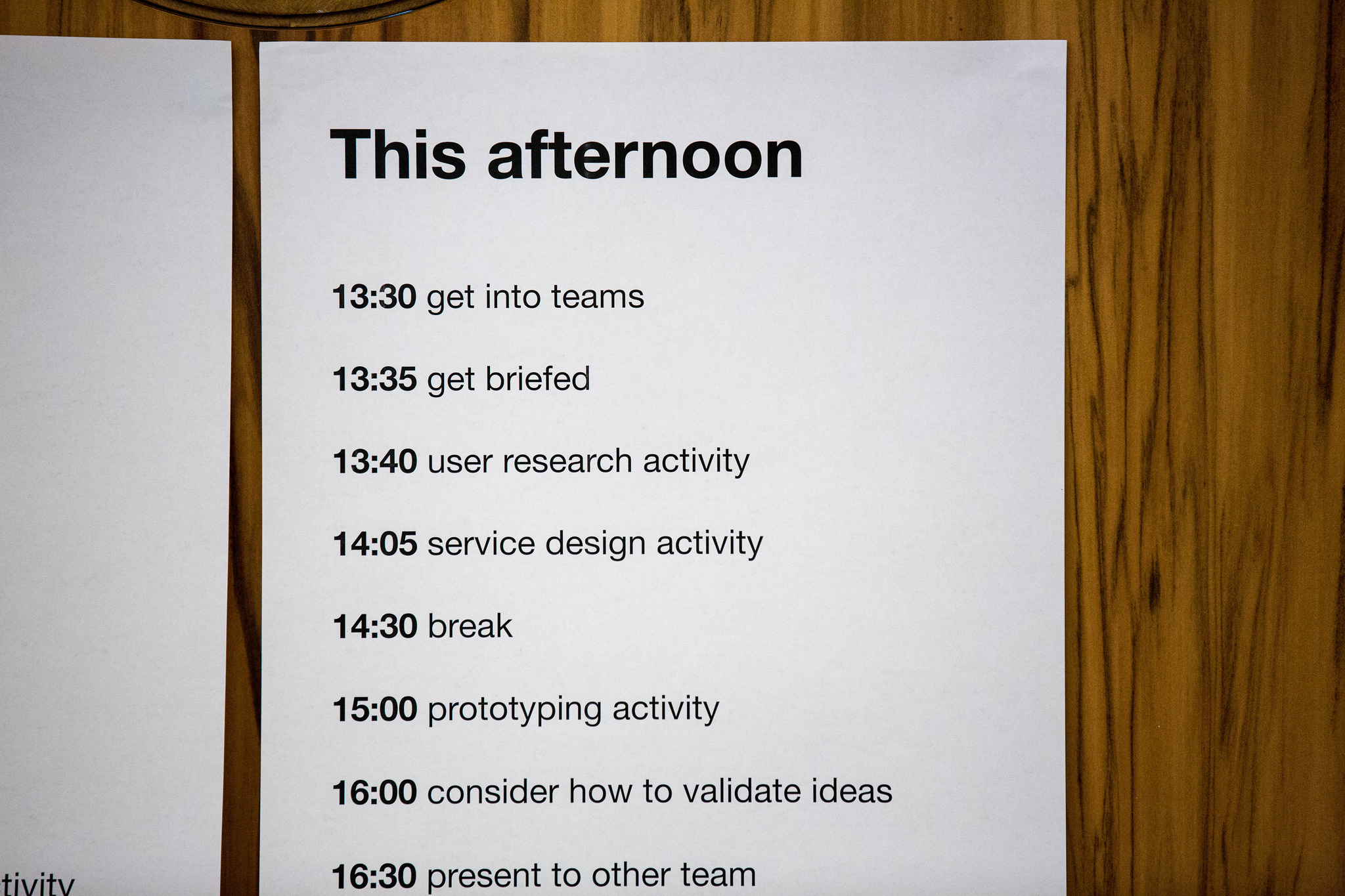 We felt it was important that students got an impression not just of how GDS does design, but how design is done across the whole public sector.

The students were asked to:

Here is some feedback students gave us at the end of the day:

‘It was great to be exposed to REAL research and prototypes.’

‘I liked working with people who understand the subject matter (of fostering, prisons, etc).’

‘It was great to be prompted about what provides the highest impact.’

‘I loved Kirsty and Amy's presentation and am now considering shifting career paths because of it.’ 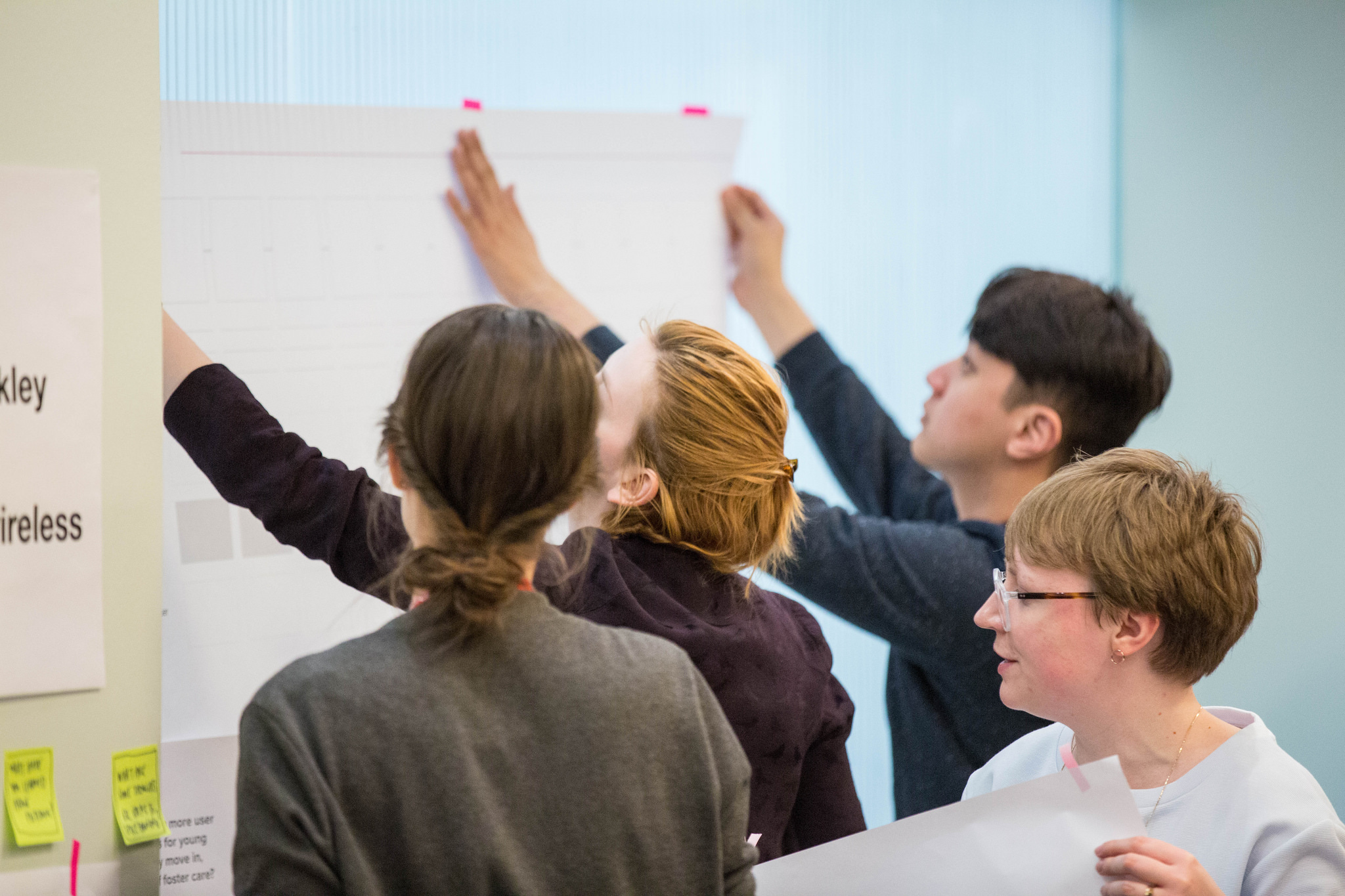 We learned a lot of what worked this time and what could work better if we hold the day again.

We’re planning two more student days this year. One in London in September during London Design Festival and one in Sheffield in October during Sheffield Design Week. If you’d like to take part in future or find out more, email kara.kane@digital.cabinet-office.gov.uk.