We introduced the GOV.UK Design System with a clear goal in mind. To reduce duplication of effort and inconsistency by providing one place for teams to find the things they need to design government services.

It’s been 6 months since the GOV.UK Design System went in to public beta, and uptake in departments has been widespread and encouraging.

But we know that some departments still use their own design resources alongside the Design System, and we wanted to know more about why this was.

In November 2018 we ran a discovery to learn more about why departments use their own design resources, and some of the barriers to using the GOV.UK Design System.

We looked into design systems across government once before, but this was before the launch of the GOV.UK Design System, so we decided to revisit this in today’s context.

In the discovery we found 57 departmental design resources of various kinds, including:

We interviewed people working on these kinds of resources across 7 departments, focusing on one question: How should the GOV.UK Design System interact with other design resources in government to provide the best user experience?

Why departments create their own design systems

We learned that departments create their own design systems to:

We ran a workshop on 6 December 2018 to further explore our findings with the creators and maintainers of department design systems.

In total, 35 representatives from Her Majesty’s Revenue and Customs, Home Office, Ministry of Justice, Her Majesty’s Court and Tribunals Service, Department for Work Pensions, Driver and Vehicle Standards Agency and Her Majesty’s Land Registry joined.

Departments shared examples of their work and then broke into groups to:

We know that many users need to use both the GOV.UK Design System and department-specific components and patterns.

By establishing some ground rules to follow when creating these resources, we hope to provide a better experience for those users.

We ran an activity to create some principles. Participants drafted principles in groups of 4, then shared their ideas back to the whole group, before everyone voted on a top 3.

The resulting principles were: 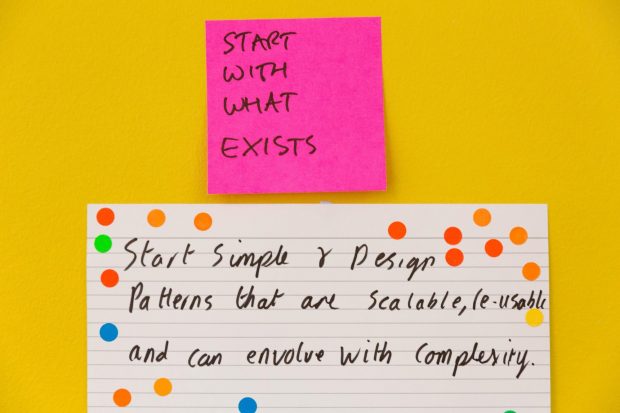 We’ve published the principles in full in the GOV.UK Design System to show that we’re committed to following them as a community going forward.

Following this session, we broke into groups to discuss 6 common challenges that emerged from our discovery research. We talked about how we might work together to:

We’ve reviewed the suggestions and used them to help build the Design System team’s roadmap for the next year.

In the final activity, we explored the pros and cons of 3 different models for organising government design systems. These were:

We agreed that we’re currently closest to the third model, but most participants wanted to move towards a more centralised model in which:

To achieve this, in the next year we’re going to focus on:

We’ve already published the principles for creating and contributing to government components and patterns and built some of the key actions from the workshop into our roadmap.

Over the coming year, we want to keep talking to people who are creating, maintaining and using design systems in government.