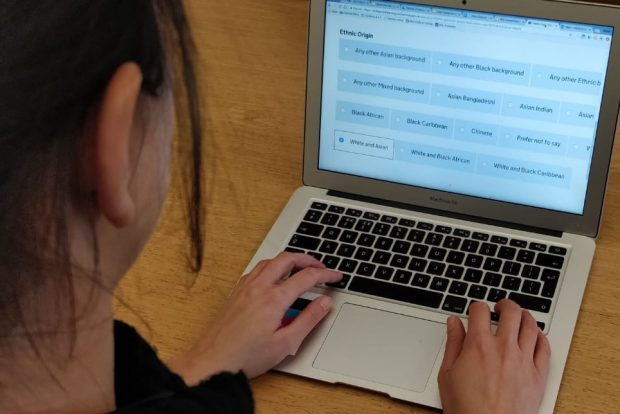 Here at the Race Disparity Unit, we produce Ethnicity facts and figures - a service which presents statistics from across government showing the different experiences of people from different ethnic backgrounds.

Ethnicity data is usually gathered by asking people what their ethnic group is, either in a survey or as part of a service.

As this is a sensitive question, we need to be clear about why we’re asking it and what the data will be used for as part of our usual good practice on collecting personal information from users. We also need to give users an easy way to tell us their ethnicity, for example a list of ethnic groups to choose from.

Finding out what services currently do

Our first step has been researching the different ways in which users are asked about their ethnicity. Here are 4 examples.

The Find an Apprenticeship service asks: “What is your ethnic group?”. It explains to users: “We need this information to make sure that we’re giving equal opportunities to all candidates”.

Eighteen ethnic groups are presented in a dropdown box, grouped by 5 broad category headings - which appear as grey text in many browsers. 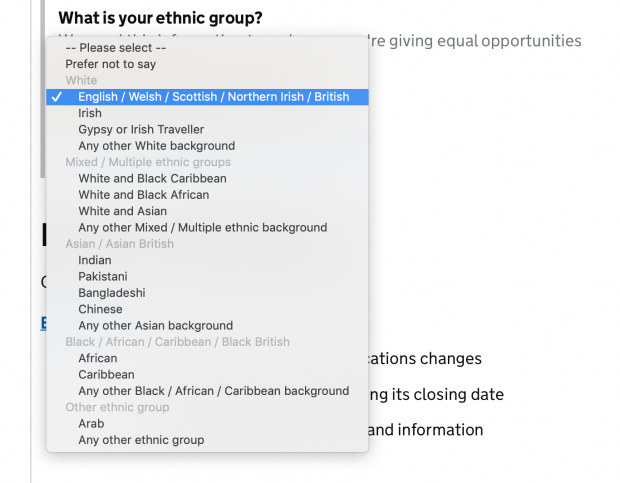 Nominate a UK person for an Honour

The Nominate a UK person for an Honour service asks: “Which ethnic group do you identify with?”

Users are given 2 dropdowns:

Users are also asked which ethnic group the person they’re nominating for an honour identifies with.

The Universal Credit service asks: “Which of these best describes your ethnic group?”. 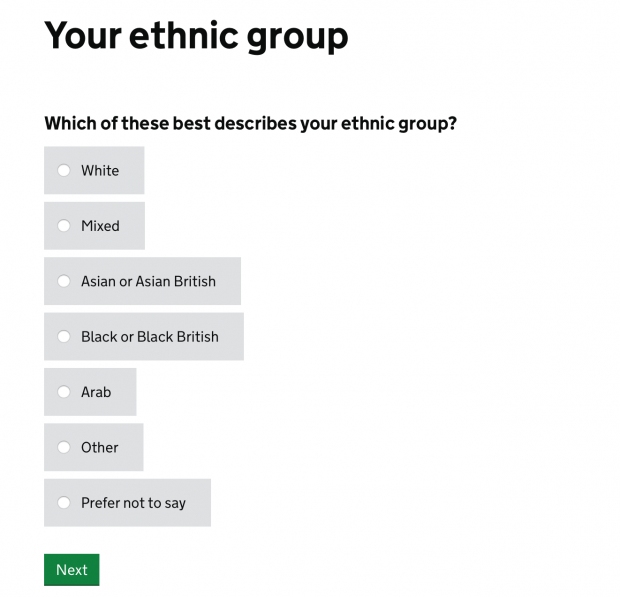 It gives users a single dropdown list, with options using a prefix such as ‘White-British’ and ‘Black-African’ to help users scan the list. 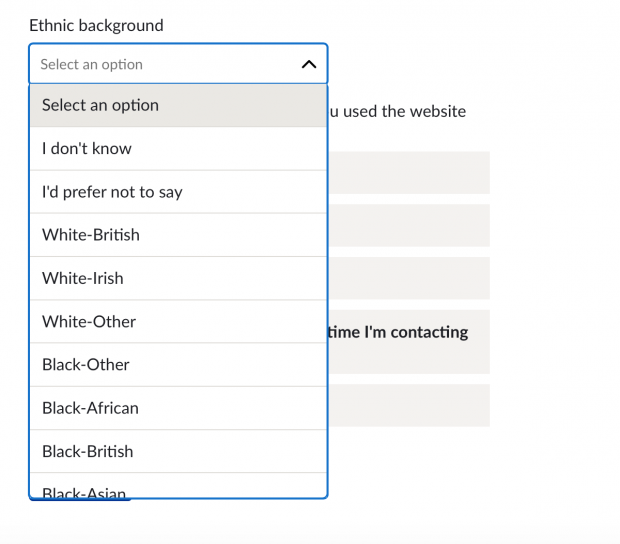 These are just 4 services, but we can already see differences in:

What we’re doing next

We’re planning to do some user research, taking into account what we’ve learned from other services so far. We'll also look at the extensive work the Office for National Statistics has done on an ethnicity question for the 2021 Census.

We're continuing to research the ways that government services ask users about their ethnicity and would love your help.

If your service includes a question about ethnicity, or if you think it should, you can find me on the cross-government Slack channel, on Twitter @frankieroberto, or you can get in touch via email.

You can also add a comment to the GOV.UK design system backlog in Github, where there’s an open issue on ethnicity.