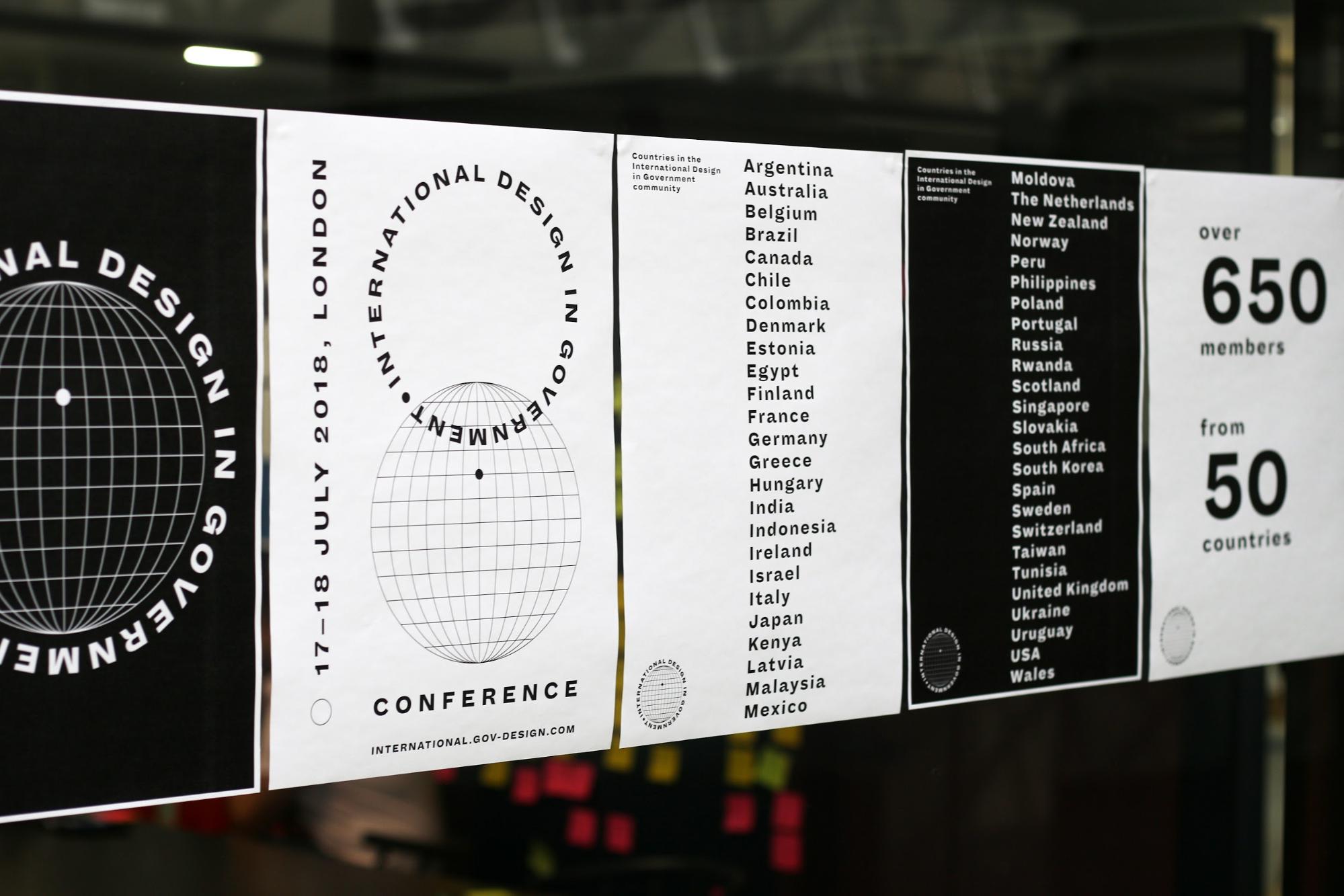 Over the last 18 months, we’ve built an international community of designers in government. More than 800 people from 50 countries around the world are now members.

We run a Slack group, a mailing list and regular calls to share projects and learn from each other. And now we’re holding the first ever International Design in Government Conference to bring the community together in one place.

The conference will be held in London later this month. We’re expecting 240 participants overall – half are from the UK government and public sector and half are from abroad. The participants come from 96 different organisations from 26 countries in 6 continents.

Demand was much greater than we expected and tickets sold out almost immediately. We heard stories of people in different time zones setting alarms so that they could get up in the middle of the night to secure a place.

Even if you were not lucky enough to get a ticket, you can still take part by following the event on social media and joining the International Design in Government Community for updates.

Here’s what will be happening:

The conference will take place over Tuesday 17 and Wednesday 18 July across a series of venues in London.

We’ve put together a packed agenda based on feedback from the community. For example, we’re running it over 2 days because people told us they were more likely to travel to the UK from abroad for a conference that was longer than a single day.

And we’re partnering with 32 organisations from around the world to deliver the programme - from Argentina’s Ministerio de Modernización and the City of Oslo, to Transport for London and several UK government central departments.

Day 1 is a full conference day, which will be held at Mary Ward House. Following a welcome talk from GDS’s Head of Service Design and Standards Lou Downe, we have 3 opening keynotes from 3 different continents.

Hefen Wong, the Deputy Director of Singapore’s Co-Lab, will represent Asia, Chris Govias - Chief of Design for the Canadian Digital Service - will represent North America and Lauri Lugna, Secretary General of the Estonian Ministry of the Interior will represent Europe. These will be followed by breakout sessions, workshops and a panel discussion.

For day 2, we’re delivering a series of workshops at venues across London which are being run by the Home Office, Citizens Advice, FutureGov and others. And in the evening we’ll be hosting an open Gov Design meetup at the GDS office in Aldgate.

People without tickets can still take part in the event. You can follow the action on social media using the #govdesign hashtag. And you can join the community, where we’re planning to share the keynote speeches after the conference.